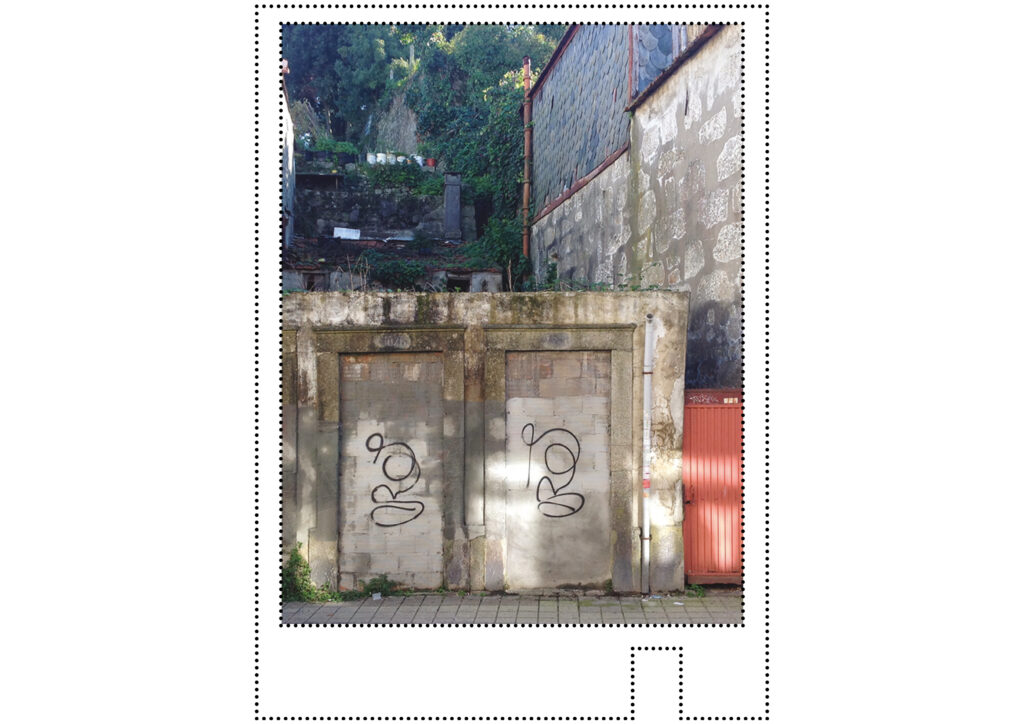 Becos com Saída is an organization founded in 2016 by a group of architects under 40 with international experiences that back to Porto have realized the lack of public places which would allow a day-by-day use, where different events and initiatives could be activated thus improving the quality the local community’s life and the sense of belonging to a place and the neighbourhood; simultaneously they started mapping a series of abandoned sites, urban interstices with no use yet with enormous possibilities.

Becos is an enclosed space, a void in the dense city fabric; com Saída indicates its potential, the exchange with the public space, the street, the people. The space and its program are the main reference of the BCS Logo and the basis of the whole Identity: an open frame and a charged void for multiple scenarios. The space of the Logo extends its use to different purposes becoming a real device of communication at every scale. It’s been declined in three frames which combined to a scheme of eight vibrant colours generate an infinite and variable range of possibilities; the contents occupy the void.

This system allows using the same elements for letters, stickers, flyers, posters and each kind of necessary support amplifying the concept of BCS. The different programs are represented by a series of hand drawings while special events are communicated with a photo. The project included a book that presents the concept, program and feasibility, and stickers inspired by Candy Chang’s I wish this was to be used during events that involve the residents questioning their expectations in a continuous and open dialogue. The identity itself has this purpose, to be open, flexible, to be occupied by different contents or to be just empty waiting for a new scenario to take place.